For this new solo exhibition at gallery anne barrault, Dominique Figarella presents paintings done these last two years.
They are, as he puts it, a synthesis of his work. Traces, colors and texts are the main elements of this series.

Dominique Figarella works on alucore, a metal hard enough to be put down on the floor of his studio, and then become the space on which he is going to work.
When he works, there is always music. He is himself a musician and plays in the group “Splitt”.
His soundtrack does not sound gently in his ear, but it screams, electrifies, like the shapes, the colors and the texts in his paintings.
One of them is entitled “I Am Kurious Oranj”, a tribute to Mark Smith, the lead singer of The Fall and the author of a punk opera. This is Dominique Figarella’s way of signing his aesthetic world: Dada, popular and punk culture.
There is a lot of text in this new series. Dominique Figarella, in very plain writing, paints sentences from memory. The accuracy of the text is not important, but the trace left in his memory.
Thus he summons both Alfonse Allais, and André Leroi-Gourhan who wrote in 1957: “ From now on, our victory upon the world will be complete, the last pocket of oil drained, in order to cook the last handful of grass, eaten with the last rat”.
Will Mickey, in his painting entitled “artificial folly”, be the last rat we are going to eat, like in Leroi-Gourhan’s sentence scoffing at progress, the last rat, like the last IPhone, the last painting and the last avant-garde?
He paints with his whole body. His work, then, will consist in deleting the prints it has left. He will cover each trace very precisely. According to him: “I use these traces singularly. I do not show them, I do not keep them, I use them. And by using them, I destroy them.
If you walk in the tracks someone has left in the snow, you destroy these tracks, but they can possibly help you not to get lost.
Even when there are no physical traces, they may be mnemonic traces, images, texts, other works.”
“I show by masking. If I leave the imprint, you do not see. You only see the imprint. When I mask it, then, you see the sketch of an action, and not the fetishizing effect given by the imprint .It is as if I literalised the imprint, like science does with the genome.”

Dominique Figarella finds strident colors. They are an essential part of his work. Used like signs, they are garish as they can also be in the street as well as in the tropical forest.
The title of one of his paintings is “Cosmos, Cosmétique”, a reference to a Greek legend. In the daytime, the gods quarrel and create chaos. But at sunset, order must be restored. To that end, aristocratic ladies make up before going to bed, hence the word “cosmétique”.
According to Dominique Figarella, “making up is the most trivial and futile activity, however it is a question of reversing the universe. For me, it is a marvelous allegory for painting. This stupid art, which does not think, which is interested in physical things, unimportant regarding the political, social scale, and yet… These trifling games, these trifling follies actually keep up
the cosmos. 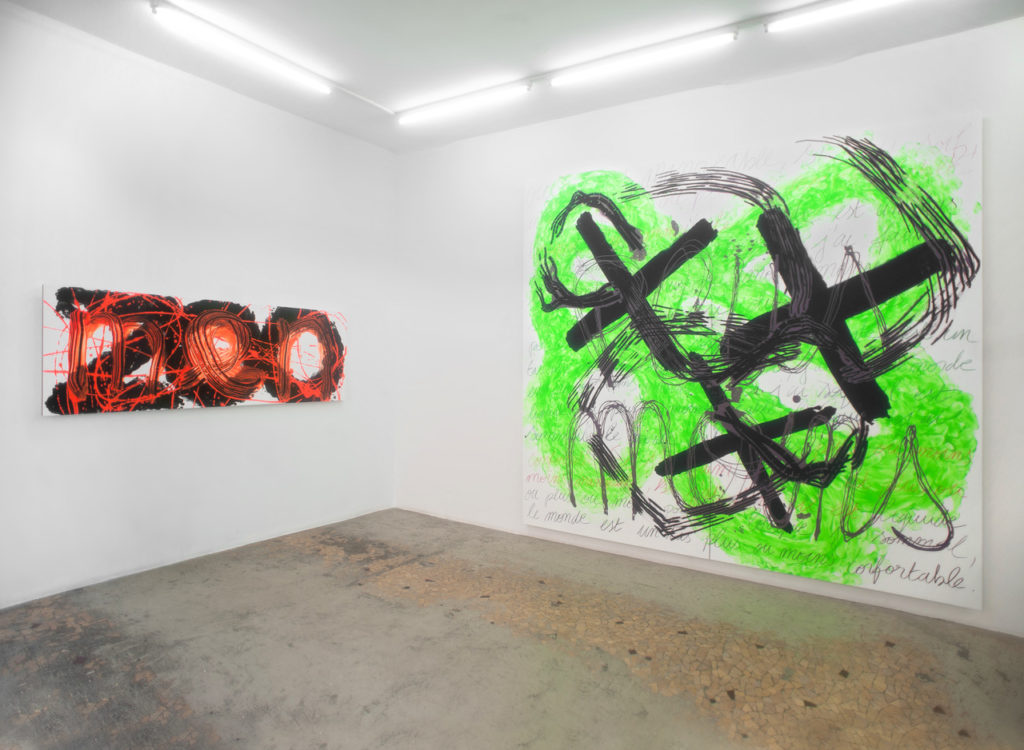 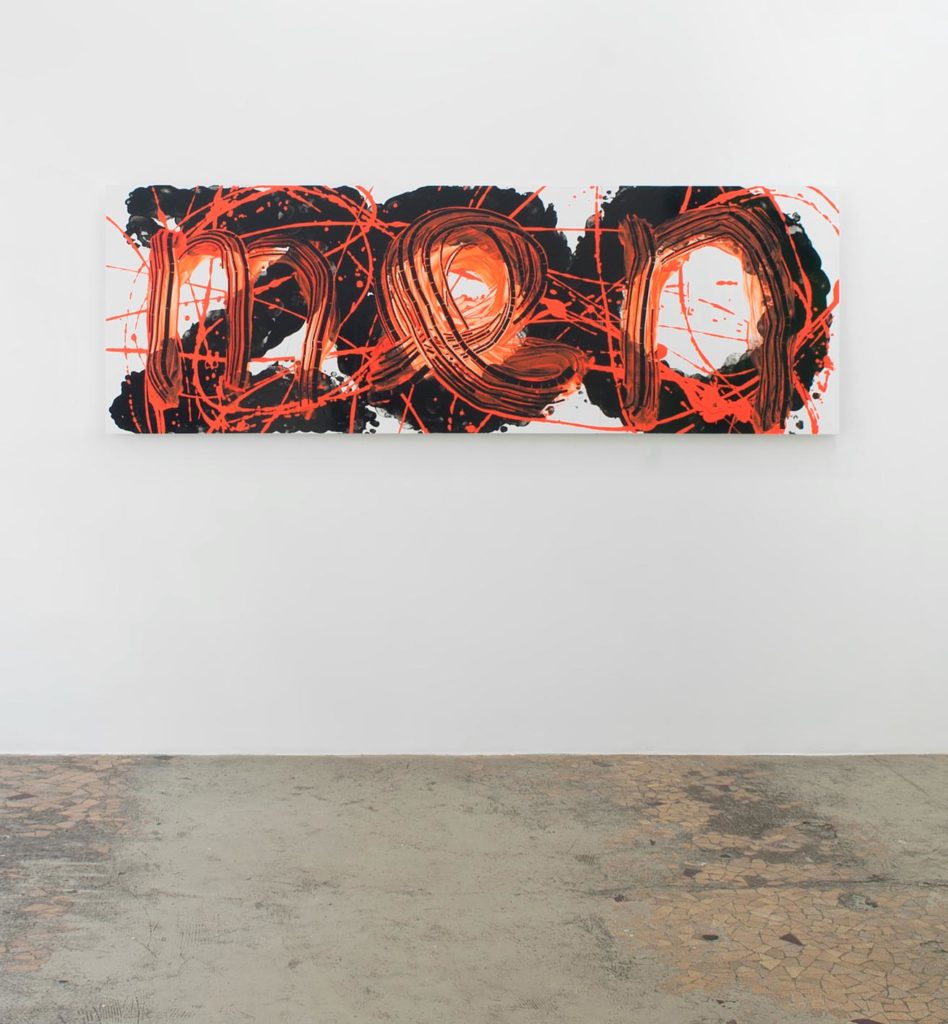 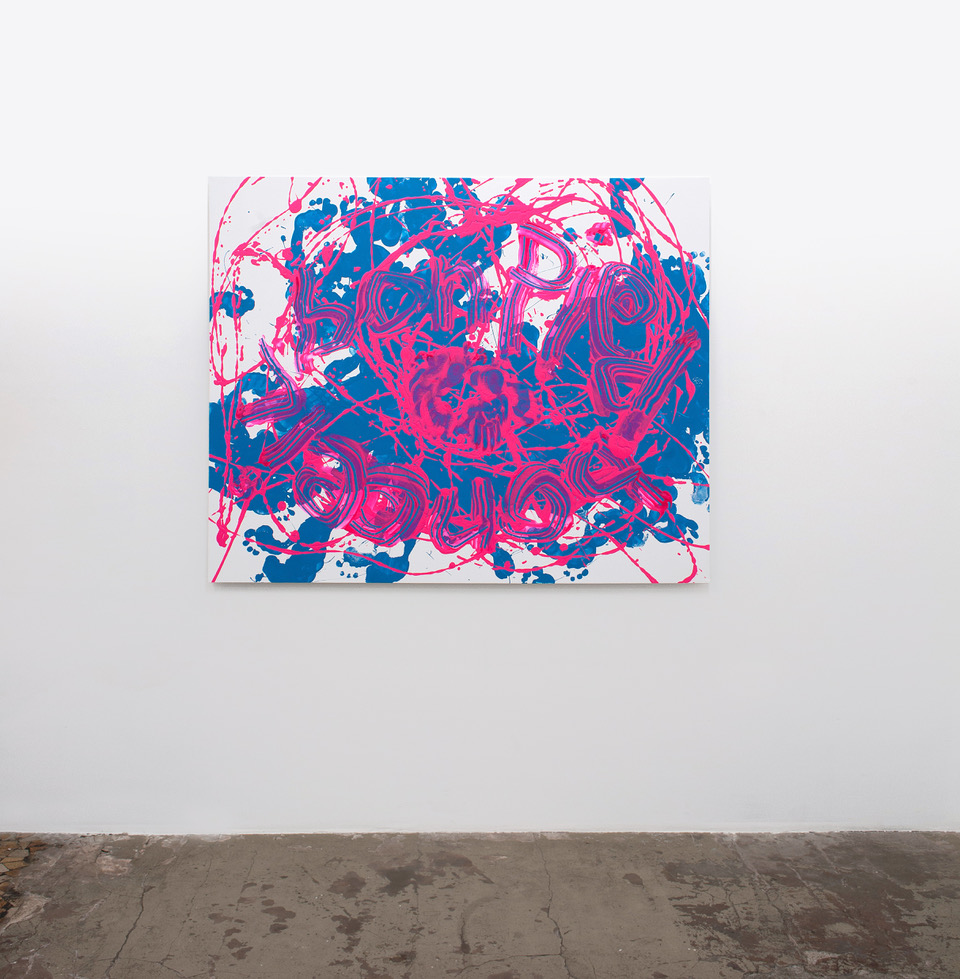 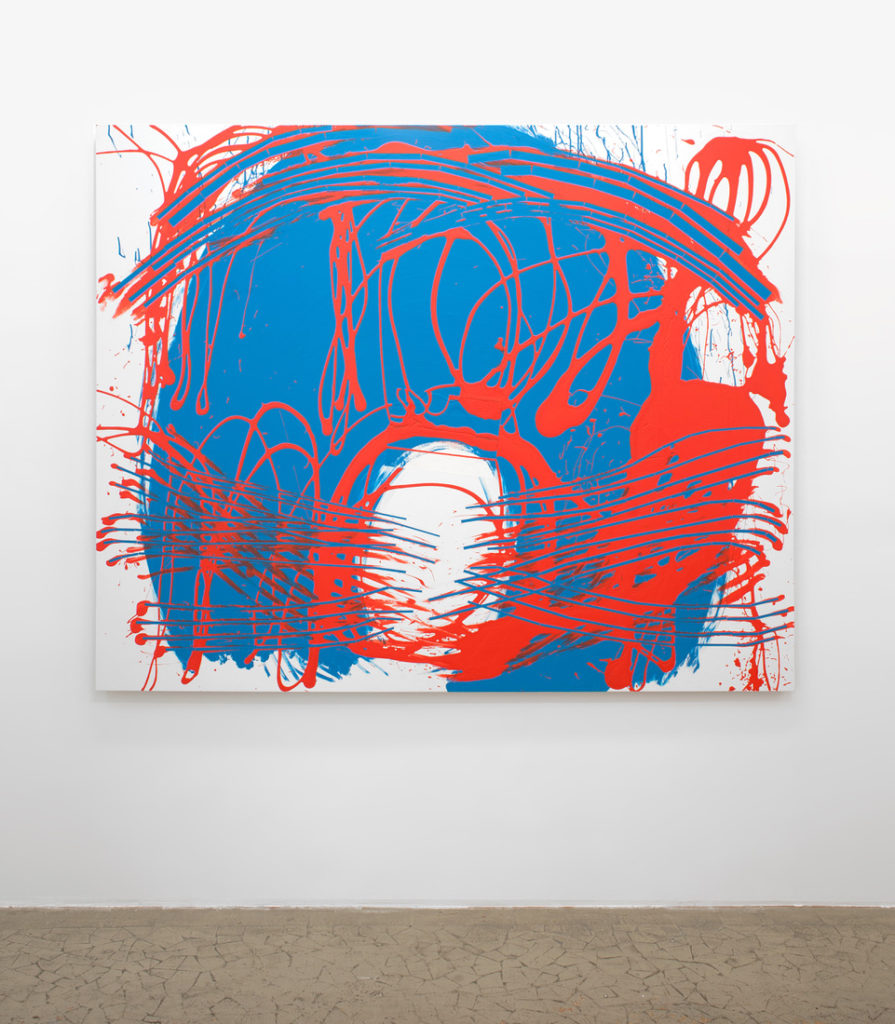