Gallery Anne Barrault is pleased to present an exceptional exhibition of Jochen Gerner and Yuichi Yokoyama.
One lives in the East of France, the other in the East of the world. They have never met, but their peculiarity relates them.
Very soon, Jochen Gerner* will take part in the Venice International Architecture Biennial, and Yuichi Yokoyama
will have three exhibitions in France and Switzerland. This was a unique opportunity to exhibit them together at the gallery.
It will be the first time Yuchi Yokoyama will present a set of drawings and paintings in a gallery in France. He will also take part in the exhibition entitled « Encore un jour banane pour le poisson rêve » at Palais de Tokyo Paris from June 22nd to September 9th 2018, as well as to the exhibition organized by the London Barbican gallery at Le Lieu Unique in Nantes « Mangasia », from June 30th to September 16th 2018. And the MAMCO in Geneva will present a solo exhibition of his work from May 30th to September 9th.

Yuchi Yokoyama lives alone in a tiny house in the suburbs of Tokyo. He has no computer or television.
After graduating from the painting department of Musashino Art University, he first dedicates himself to painting,then gradually to drawing.
Because of his cramped living space, where he can no longer keep his paintings, he then chooses paper and ink.
His work is radical and typical. As Jochen Gerner puts it: « his work is for me one of the best discoveries of these last past years. It is extremely singular and experimental. His stories are contemplative and eventful, silent and sonorous at the same time. The landscapes, the elements and the characters are like nothing known: everything seems to meet and mix in the same graphic style, between representation and abstraction. Each story opens on another territory, which could be Yokoyama’s mental space. His line and his range of colors are so uncommon that they are unmistakable thanks to a detail of a few square millimeters (a line), or from a distance of several meters (colors) ».
The exhibition at galleriy Anne Barrault will show « The World Map » of Yokoyama, a set of new drawings and collages, as well as paintings done in 2010.
In June, éditions Matière will publish his new book “Terre de glace” which the artist will sign on the day of the opening of the exhibition.
Echoing Yuichi Yokoyama’s black ink, Jochen Gerner will present a recent series of white (or nearly white)
monochromes: a winter landscape, a set of drawings of Stockholm.
During a stay in this town, Jochen Gerner found thirty or so postcards and covered them with white, grey or green paint. The layers of rough or thinned acrylic express the Scandinavian blue, the green of the zinc roofs and the vast stretches of wilderness. The postmarks recall the undulations of the omnipresent water, which shapes and cuts into the landscape.

Through his work, Jochen Gerner constantly questions the status of the image, and displays a sentient vocabulary.
With this series, he crystallizes the architecture he sees. A church amounts to the symbol of the cross, to its evocative power. The three crowns, the coat of arms of Sweden, become three dots. Long lines suggest Centralbron, one of the main roads of the city.
A book with Jochen Gerner’s landscapes of Stockholm, and a text of Peter von Poehl (read a passage below) will be published in the collection “Portraits de Ville” due in June, and will be signed by the artist on the day of the opening of the exhibition.
But suddenly, the delicately outlined postcards of Gerner become slightly disturbing. Obviously, a detail is missing, without your managing to know exactly which, a little like in the dream scene in Bergman’s Wild Strawberries. It is precisely that, in Gerner’s drawings, which, surprisingly, brings up my own childhood memories…
* The architect collective “Encore Heureux”, has asked Jochen Gerner to create a set of drawings to be shown at the French Pavillon during the upcoming Venice International Architecture Biennial (May 26- November 25 2018).

We would like to warmly thank Yuichi Yokoyama and the japanese galleries Nanzuka and Urano. 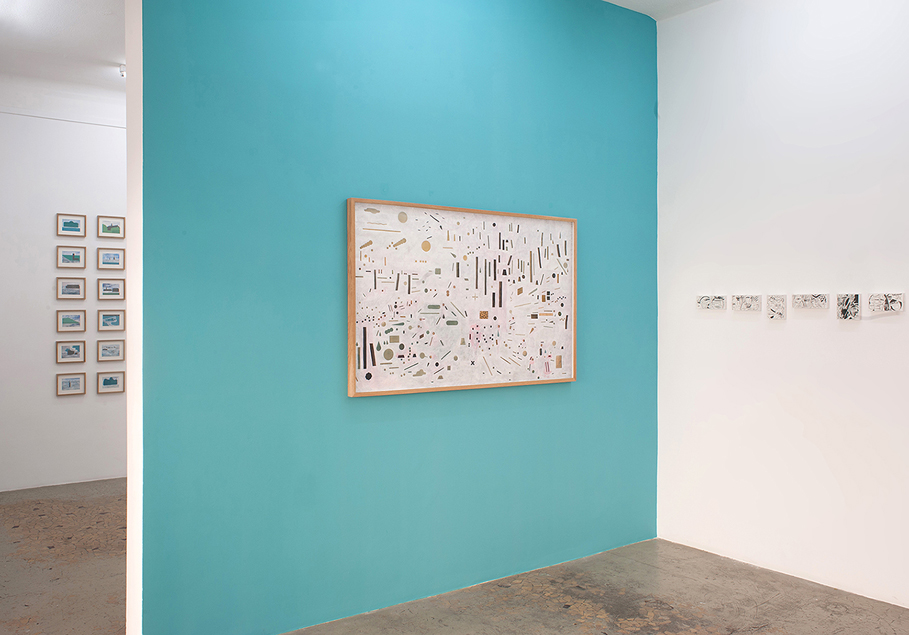 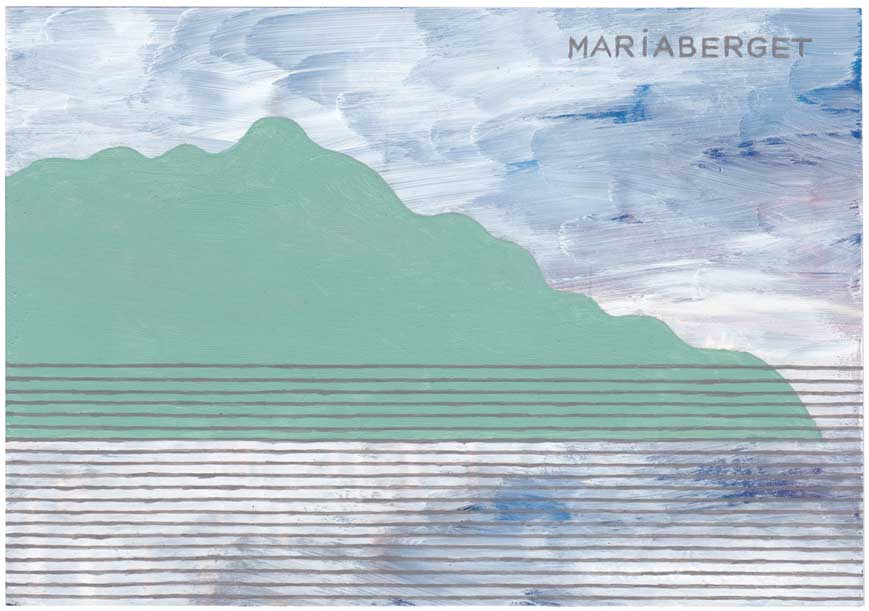