We are pleased to present the works of seven artists in the second part of Be My Guest, among them three artists who have very kindly accepted our invitation: Edith Dekyndt, Bertrand Dezoteux and Mathilde Monnier.

Listening to her intuitions, as usual, Edith Dekyndt captures, from everyday objects, moments of life she reveals through rudimentary and sensitive experiments. Here, she will present a piece of paper she has entirely scribbled with a biro. The many crossings of the artist’s hand have turned the paper into a landscape.

Bertrand Dezoteux will present a film he just finished, entitled “La prison des poètes”. He conceived this project when he was confined  in Marracq, the district where he grew up in Bayonne. This autobiographic series mingles family and colonial history, night wanderings and Basque identity,  compromised  artistic vocations in the background. Far from being an explicit story, this project appears in the form of a collage, of heterogeneous images, textures, recording techiques, vocal messages and dug up magnetic tapes.

This exhibition is the opportunity to invite Mathilde Monnier, who will present a film entitled Bruit Blanc, made in the context of a workshop with autistic grown ups about motion. There she met Marie-France, and from this first exchange a choreographic duo was born, invented from a dumb, not at all symbolic language, with a set of movements, which had meant something for the two of them.

Dominique Figarella will present a painting entitled “Cosmos, Cosmétique”. According to a Greek legend, everyday, the gods quarrel and create chaos. At sunset, the order of the cosmos must be restored. To that end, the women put on their cosmetics, before going to bed, hence the word “cosmétique”.

To quote Dominique Figarella: “it is funny, because making up is the most trivial and futile activity, however it is a question of reversing the universe. For me, it is a marvelous allegory for painting. This stupid art, which does not think, which is interested in physical things, unimportant in regard of the political social scale, and yet… These trifling games, these trifling follies actually hold the cosmos on”.

Marie Losier will present the drawings of her artist friends, who are distinctively “undisciplined in their discipline” as Nicole Brenez puts it. “Marie Losier’s heroes invent their life all the time”.

We are also pleased to present new paintings of Guillaume Pinard, ever more peculiar and ever freer. (They were to be exhibited in New York). His art is entirely based on play. For him, it is the only interesting way of thinking. “I am the ventriloquist of my history and of my environment.  For that matter, the purpose of my practice is to break this way of thinking, or at least not to let it be crystallized”.

Alun Williams presents a new piece of work in which the painting’s point of departure is the eccentric group portrait made in 1922 by Max Ernst to represent the Parisian surrealist artists. While retaining the mysterious, even mystical background of this painting, with its black sky and mountains of ice, Alun Williams has grafted onto the characters of the Surrealists a selection of protagonists from the New York art scene of the second half of the twentieth century, like Barnett Newman, Jackson Pollock, Willem de Kooning, Jean-Michel Basquiat or Nancy Spero. To elaborate this representation, self-portraits by the artists in question were sought, which was not easy since many of the protagonists of the New York scene never did self-portraits. 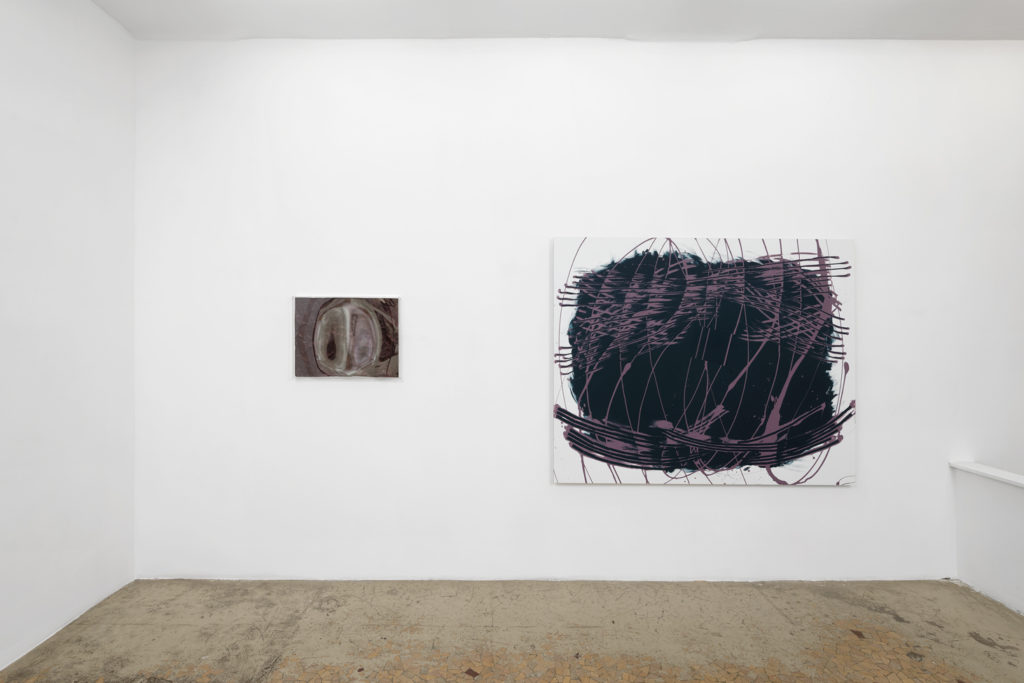 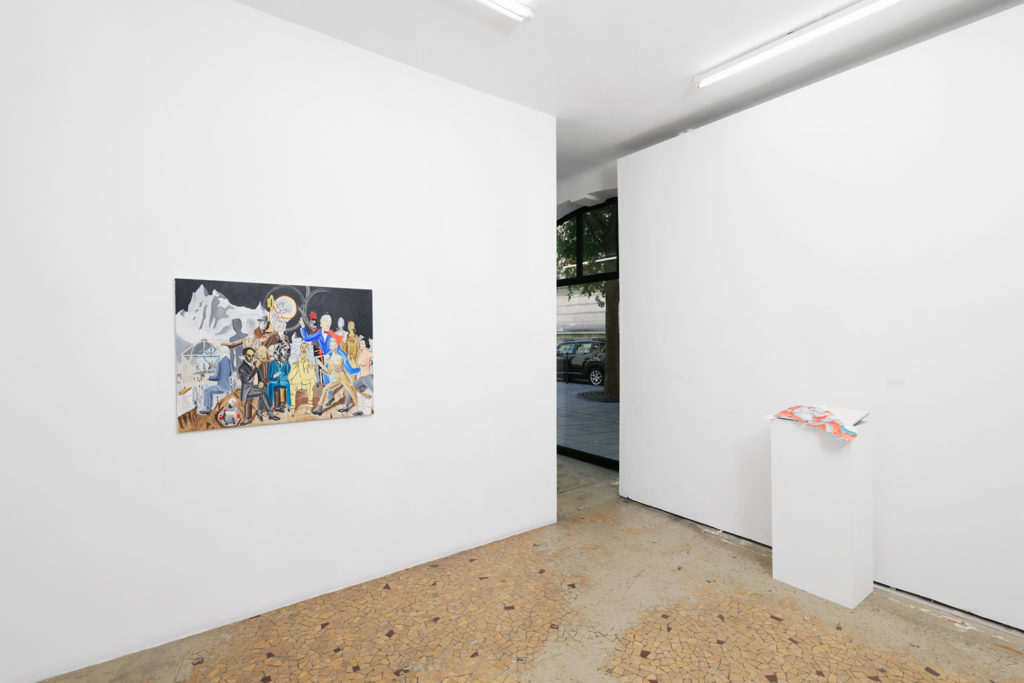 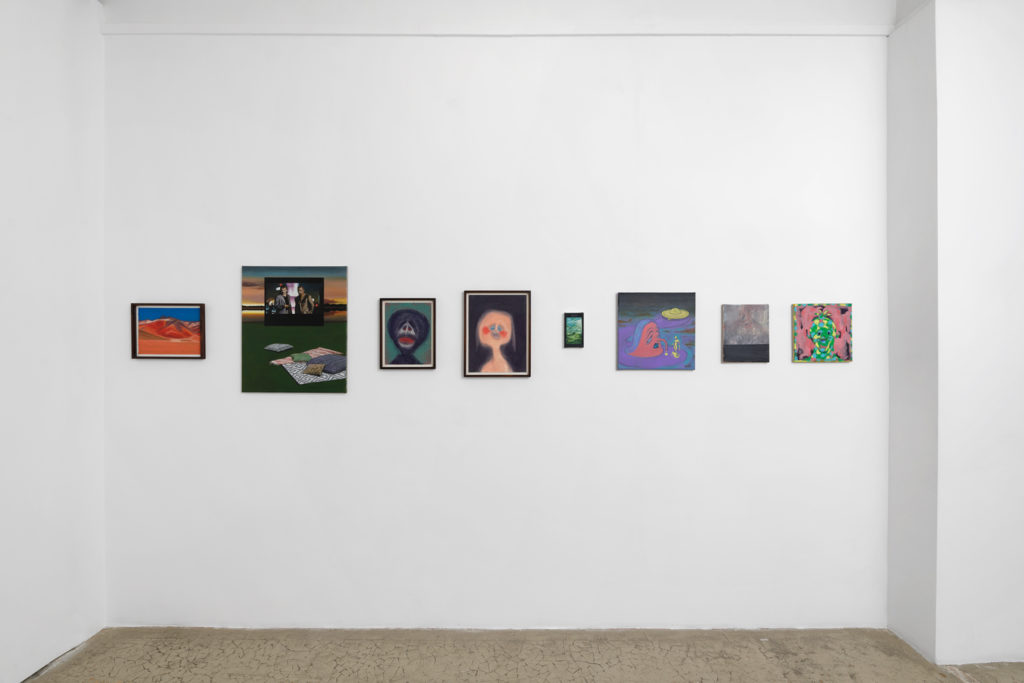 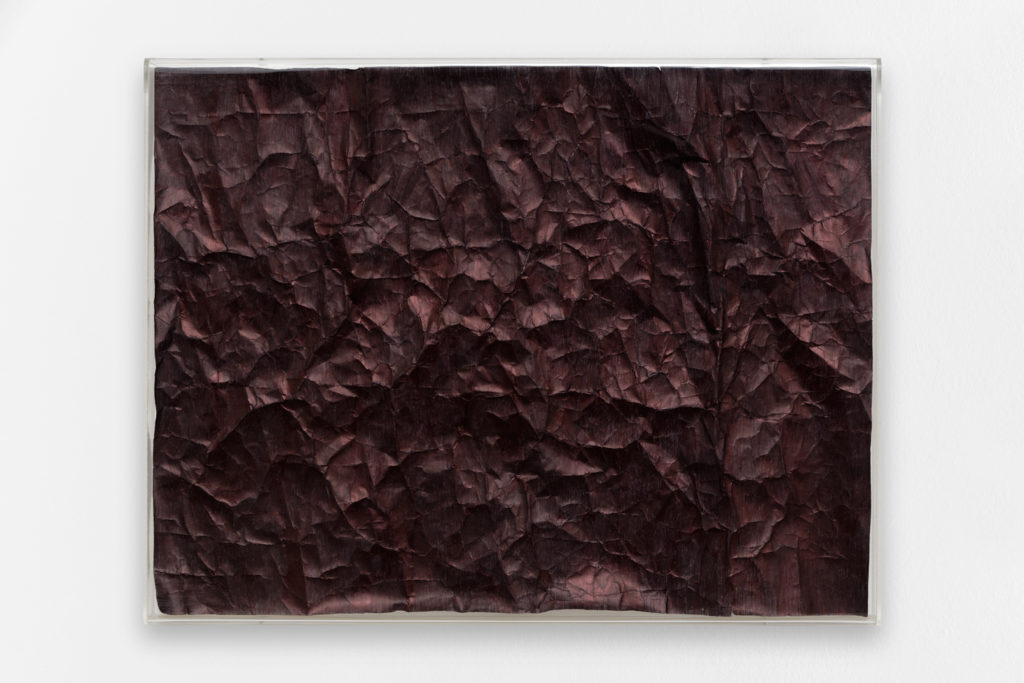 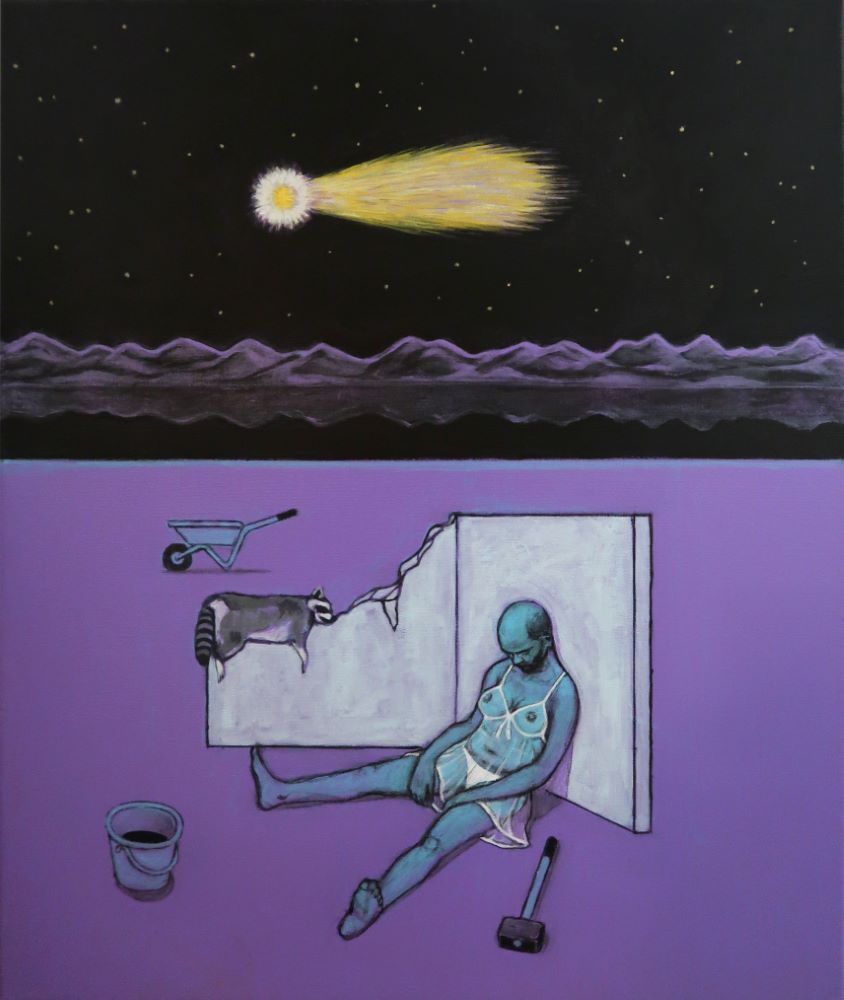 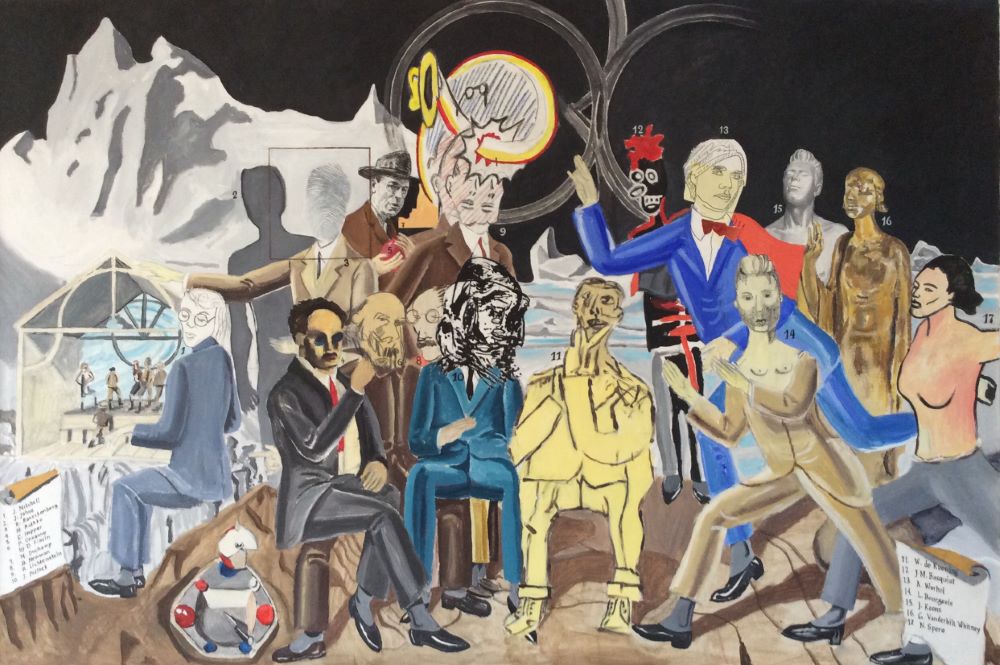