Anne Barrault Gallery is very pleased to present the third exhibition of David B.
The exhibition will premiere two new sets of drawings :“the detective dead man” and “Nick Carter and André Breton: a surrealist inquiry”, which are the subjects of two books, respectively published by l’Association and Delcourt-Soleil.

David B says there were initially two characters: the Young Detective and the Detective Dead man,whose creation coincided with the time after l’Ascension du Haut Mal, which threw the author into a state of idleness as destabilizing as morbid. “Something was dead inside me”. The Detective Dead man showed how it was difficult for him at the time (about 2014) to give an appearance to his fictitious characters. “At that point I started to turn to characters as signs, objects, and symbols”.

The girl with a thousand daggers corresponds to this disembodied character. On the contrary, with her bewitching head of hair –“what is most dear to women” Eudes de Châteauroux is reported to have said – calling to mind these twelfth century ladies described by Georges Duby, she embodies a vital principle. Together or separately, they give life to playlets full of literary references, in which images and texts combine, like death and life unite the detective and the girl. The “surrealist inquiry”, Nick Carter et André Breton invites us to another interweaving of text and image, but also fiction and reality. Based on the character of a serialized novel created in 1866 by J.R. Corvell, adapted in French from 1907 onwards and praised to the skies by the Surrealists-to-be, the inquiry relates the breathtaking journey of the American detective into the life of André Breton. The chance encounter of a sewing machine and an umbrella on a dissection table, according to David B.

Nick Carter, the great American detective, is the character of a serial story created in 1886 by the writer J.R.Coryell and published in the New York Weekly. Until the sixties, successive authors will write his adventures, which will be adapted for the theater, the cinema, comics, and translated into many countries.

In the various instalments, Nick Carter fights criminals such as Dazaar who has a hundred shapes and a thousand faces, a true evil Hydra, Doctor Quartz, the devilish physician assisted by venomous Zanoni, his faithful disciple, Moutoushimi, the Japanese spy master, a secret agent and an expert magician in illusions and apparitions.

When it was adapted in French, from 1907 on, the future members of he surrealist group, André Breton, Louis Aragon, Robert Desnos, and also Philippe Soupault discover Nick Carter who will be, along with Fantômas and Judex, one of their great references in serial literature. Soupault, in 1983, will even write a chapter entitled The death of Nick Carter.

As for Aragon and Breton, they will try, in 1928, to write and produce a four handed play, Le Trésor des Jésuites, inspired from the serial films of the series Les Vampires, directed by Louis Feuillade in 1915, in which the actress Musidora, who embodied Irma Vep, triumphed. They will engage the actress for the part of their play heroine, but time had gone by, and Musidora did no longer fit in the hotel thief costume of long ago. The tribute of the two surrealists, considered too dated, was cancelled, and Le Trésor des Jésuites will be performed only once…in Prague, in 1935.

For his part, Robert Desnos, in 1933,will write the long poem la Complainte de Fantômas, which will be adapted for the radio Ecoutez…Faites silence…La Triste Enumération… and Magritte will paint Fantômas above Paris roofs, a rose in his hand, in the posture of Rodin’s thinker.

The tributes paid by the surrealists to the serial literature of their youth would be too many to be listed. This literature, quickly written, leaving room to improvisation and most unrestrained imagination, in which commonplaces and the wildest imagination met, had everything to charm the members of the surrealist group. In it they recognized automatic writing, something of the exquisite corpse, daydreams, events looking like poetical images and sparks of the supernatural, all that André Breton cherished. This the idea came to me to associate Nick Carter, a fictitious character with André Breton, a real character in a serial and surrealist investigation, in which their two worlds mingle in the quest of what the master of the surrealist movement called the gold of time. 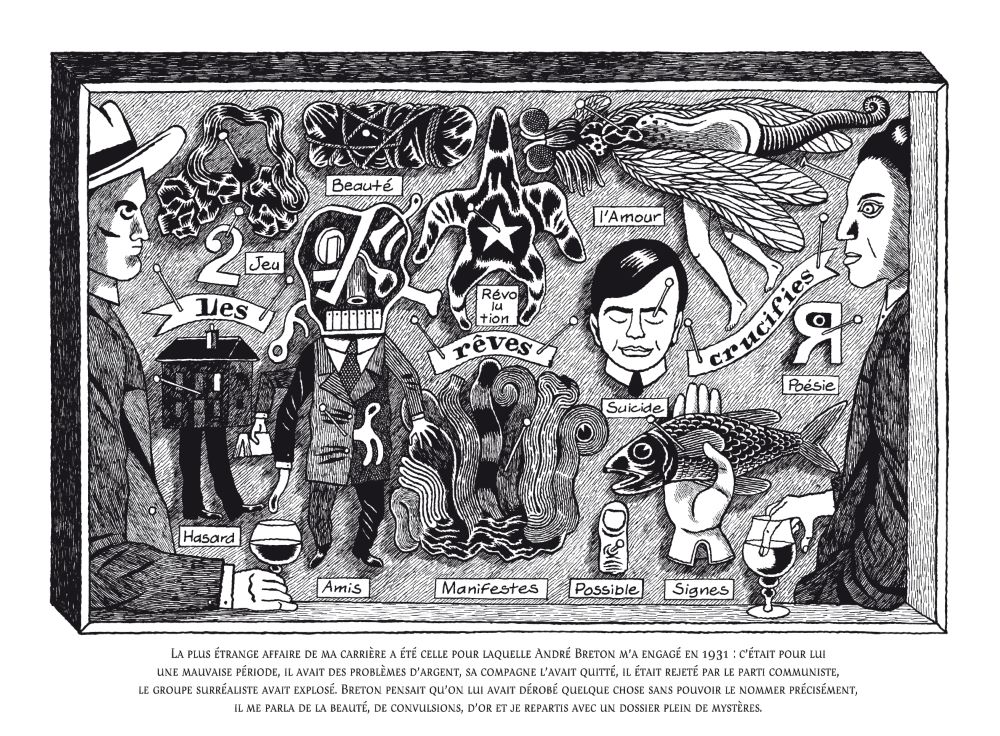 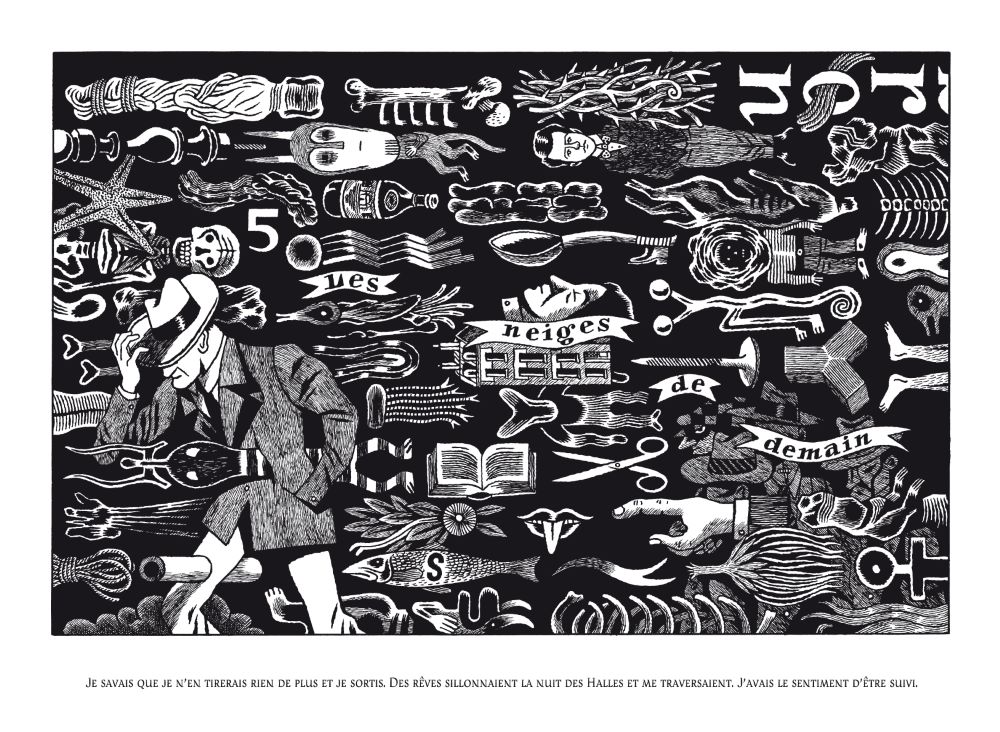 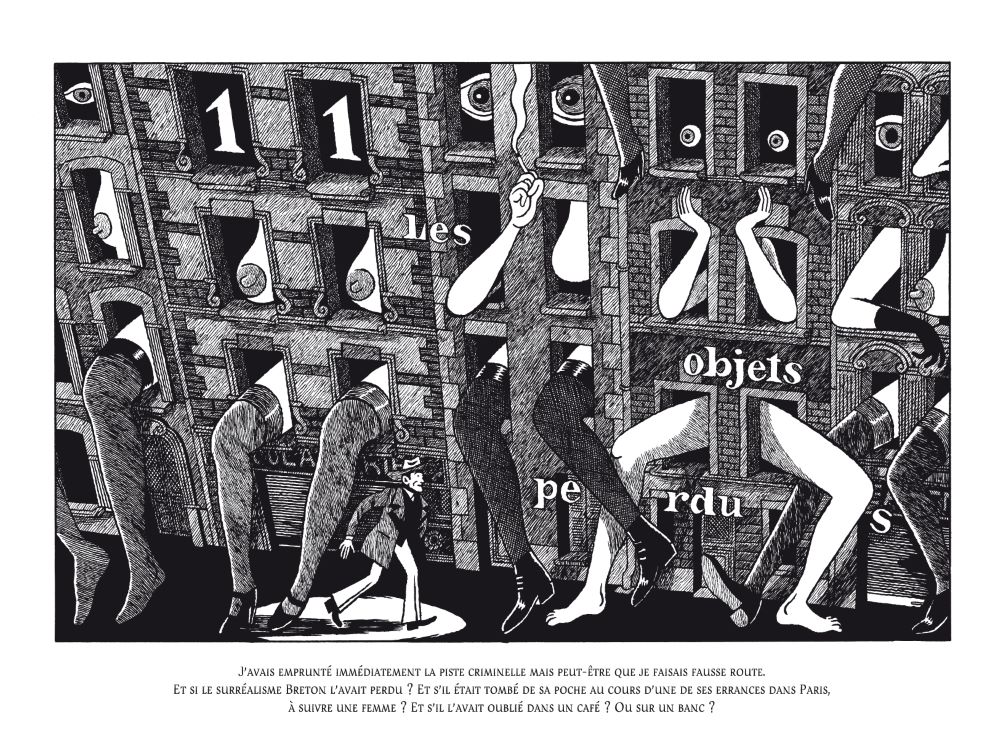 The Detective Dead Man was born with the first issue of Black magazine created by Igort in January 2004. I had had this character in mind for some time, as well as detective stories.

At the beginning, I had two characters: the Young Detective and the Detective Dead Man. Together they led fantastic investigations, and belonged to the family of «the detectives of the bizarre». A child and a dead man. I had just finished the L’Ascension du Haut Mal series, I was no longer a member of L’Association, and I felt as if something was dead inside me: these two characters were the very image of my situation.

The Detective Dead Man, this skeleton hero, also comes from the difficulty, which was mine, to gradually give some aspect to my fictitious characters. At that time I started to turn to characters as signs, objects, and symbols. I would revolve around my two detectives to be, leaving them, going back to them, beginning one of these notebooks, in which I take notes and sketch future stories, even drawing a few pages of their first adventure entitled La Maîtresse écorchée, before giving it up unfinished.

When Igort asked me for some pages for Black, I at once thought of getting my Detective Dead Man out of the cupboard. As for the Young Detective, he was left there. Igort had talked about stories, serial or fantasy ones.

As a tribute to the writers and heroes I had grown up with, who had enthralled or scared me when a child and a teenager –Jules Verne, Bob Morane, Gaston Leroux, Arsène Lupin, Harry Dickson-, I used the still promising and mysterious chapter titles, and the short sentences I read under the prints illustrating Jules Verne’s Voyages extraordinaires, these short sentences which, matched with a drawing and out of context, got an ambiguous and enigmatic meaning which delighted me.

My guiding thread was this interplay of text and image: I imposed on myself to tell something in 108 possible ways. Each word or phrase expressing the act of “telling” appears only once in the book. The ellipses between each drawing are also meant to be “telling”.

Then I tried to repeat this principle in slang, but it is a language difficult to handle; looking up words in a dictionary has nothing to do with speaking a language, and the result is soon artificial. The reader will find extracts from this abortive try in this supplement. Maybe, as for the Young Detective, this project will come out of the cupboard full of the skeletons of unfinished stories.

In the drawings, the covers of Harry Dickson’s instalments, characters from all the books about esotericism I devoured, which I regard as the most beautiful works of fiction ever written, the prints of sixteenth century alchemy treatises, situations, places, atmospheres meet and mix up…All dark corn which goes on germinating in my heat, and which means the Detective Dead Man will live again. 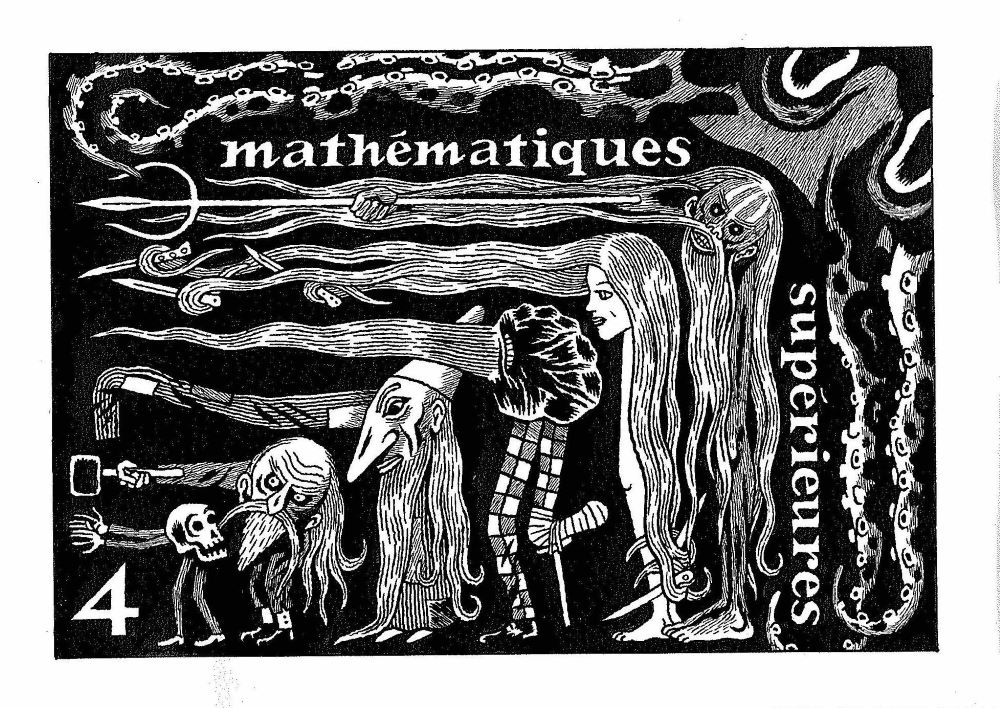 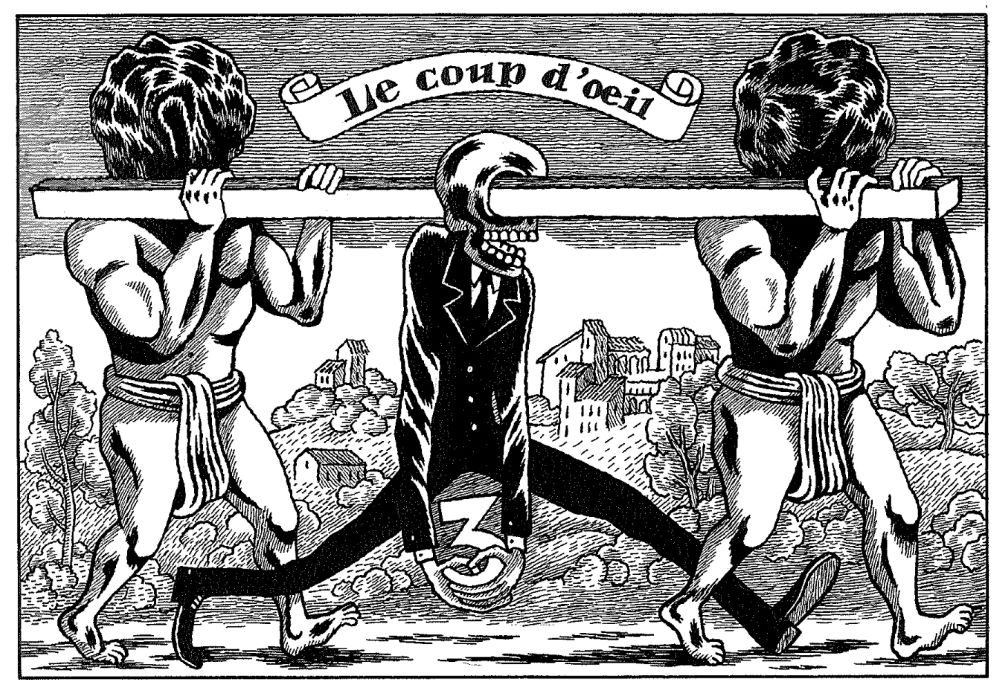