Galerie Anne Barrault is pleased to announce the first solo exhibition in France of Los Angeles artist Hugo Hopping. A Sugar Diet for Mystics is a series of drawings, videos and an installation involving notions of desire, resignation, and combat common in intellectual, political and ardent love commitments.

The work of Hugo Hopping is tied to traditions peculiar to the art scene in Los Angeles such as work by artists Allan Sekula, Sam Durant or Raymond Pettibon who use language, popular culture, and the establishment of alternative production systems to highlight the social and political realities exacerbating the modern individual. Using sculpture, drawing, installation, video and performance, Hugo Hopping explores the tension produced by the introduction of new narratives within predetermined systems of thought.

In recent years he has focused on the collaborative approach as part of a conceptual practice that allowed him to deconstruct the internal format of institutional production and dissemination of meaning and imagery. He has been collaborating with Mario Garcia Torres and Nate Harrison since 2004 with ESL: Esthetics as a Second Language, an exhibition and critique concept aimed at moving the institution of art over to the subjectivity of the artist himself and as an invitation to reflect on the possibility of entering politics through an aesthetic practice. Hugo Hopping is part of the current generation of Los Angeles Mexican American artists for whom the issue of identity and politics is no longer treated as essential but remains the cultural background upon which a post-white Los Angeles art world has assembled and has produced a diverse number of conceptual artists such as Daniel Martinez, Ruben Ochoa, Carlee Fernandez and Juan Capistran.

In A Sugar Diet for Mystics, the political dimension is taken in a complex network of associations of ideas involving expatriation, physical movement, intellectual resignation, and attraction strategy. With this exhibition, Hugo Hopping introduced for the first time the issue of subjectivity in his conceptual approach hitherto deliberately methodical and rational. If you consider the time spent to think for ourselves, to negotiate our feelings and our personal or professional ethics, why not include this activity in the field of conceptual art? What geometries and abstractions emerge from the constant negotiation of our desires and our fears?

The title, A Sugar Diet for Mystics recalls the famous idea of Sol Lewitt that conceptual artists are mystics rather than rationalists. Hugo Hopping, in turn, raises the question of conceptual art that would act as a pop song soaked in acid or feeling like a chess game featuring seduction and power and seeking to transform the protocols of conceptual thinking. The series of works presented at the Galerie Anne Barault takes as its starting point interviews given by L.A. writer Eve Babitz, who was photographed naked playing chess with Marcel Duchamp at his retrospective at the Pasadena Museum in 1963. The image now associated so iconically with the work of Marcel Duchamp has a history of rivalry, lust for recognition and a love affair. It is not the work of Marcel Duchamp, but that of a Hollywood photographer, who stumbled on a brilliant “Lucky Shot” but did not understand the psychology driving Babitz to sit as a model.  Similarly, the works of Hugo Hopping seek a formal simplicity given in former aesthetic avant-garde design, where the form is more a reflection of the content. The works act as Trojan horses, whose dramatic content is ready to unveil.

Hugo Hopping was born in 1974 in Mexico City, he lives and works in Los Angeles and Copenhagen. He is currently a consultant for the Danish Royal Theater of Copenhagen working for TNT, Temporary National Theatre. He has just completed a residency at the University of California at Santa Barbara in the department of ‘Black Studies’ forming part of an investigation into 1968 and Student driven movements and politics. Recently, his work was included in the exhibitions “On the Shoulders of Davids,”Jaus (2009); “Post-American L.A.” 18th Street Arts Center, in Santa Monica (2009); “7 Proposals for a Room in L.A.” G727, Los Angeles, (2008); Rainer Ganahl, Mario Garcia Torres, Hugo Hopping, John Menick, Nate Harrison” at Sandroni Rey Gallery in Los Angeles (2007). 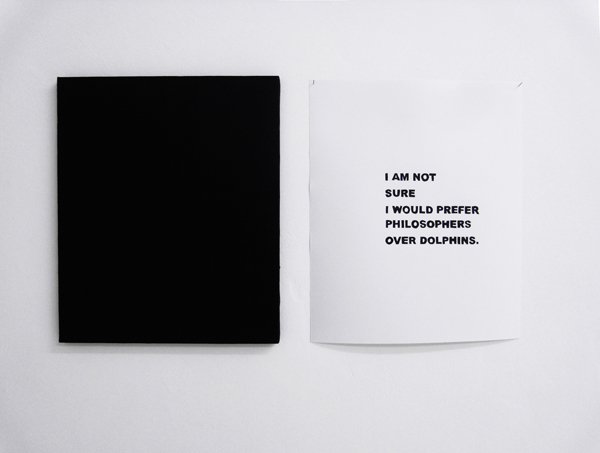 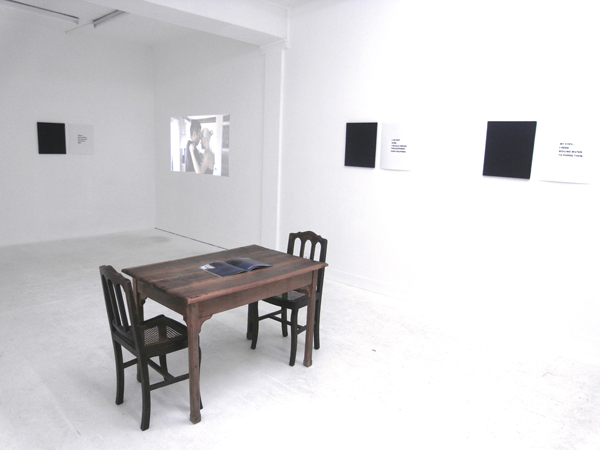