Gallery anne barrault is pleased to present the first solo exhibition of Neïla Czermak Ichti who has just graduated from the École supérieure d’art & de design in Marseille. 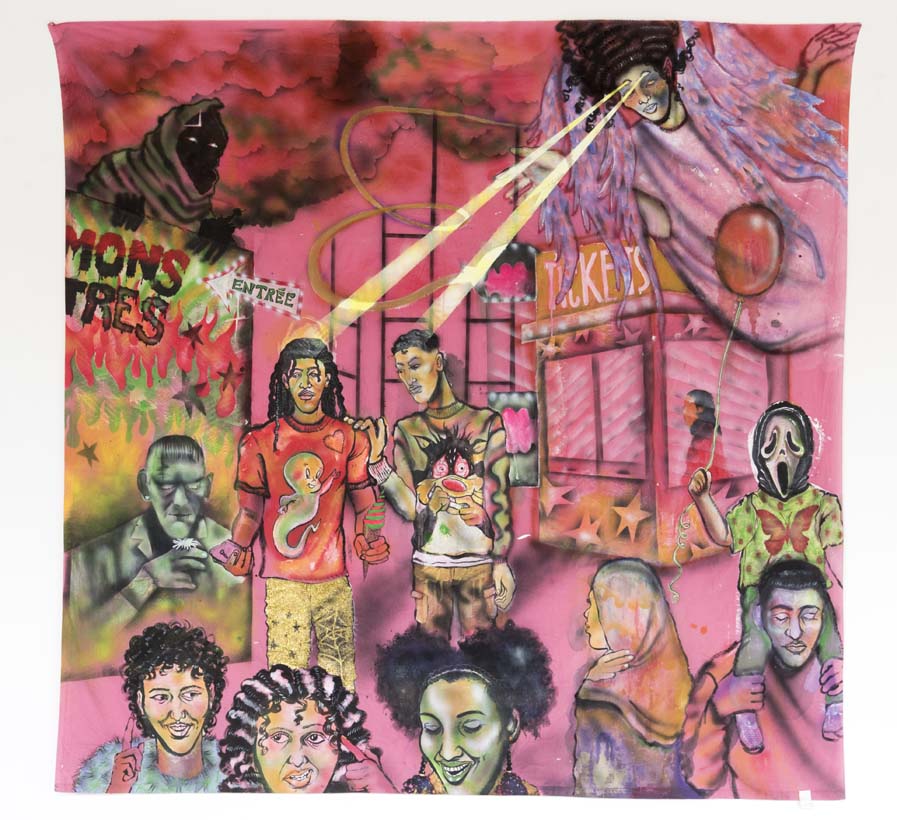 Certain images represent already existing forms, perhaps recognizable as figures, mouths, faces, bodies. We recognize them as fixed identities, given as such, we recognize them as belonging to strata of a population that finds itself already represented everywhere : in magazines, on television, in museums… as if it all goes without saying.

If Neïla Czermak wouldn’t exist through her dreams, her fantasies, her crossing the gates of time, we would still be here to identify the same bodies, as a given fact. Whereas often the truth lies elsewhere.

Her way of painting everyday scenes, whilst “twisting » them, is such a real way of talking about stories that are often forgotten and taken for granted, once again. Neïla Czermak proves that nothing can be taken for granted, that it is necessary to draw attention to the little monster sleeping under our beds or the sentence pronounced (was she telling the truth?) by a grandmother on the other side of the Mediterranean.

For through the appearance of a clown, monstrous horns, a robotic hand, or even a Dragon Ball Z figurine, the painter invites us to redefine our certainties about the invisible world, to politicize our words and to be interested in deceiving our certainties – in a way that is both visionary and pays homage to our mothers, but also to our brothers, often dehumanized, and our sisters, often misunderstood.

Neila Czermak’s paintings replace hope in a right way by speaking about us, while at the same time placing weirdness as a radical position and way of being in the world. Perhaps this is the moment not to go back to normal, but rather to trust signs, chance and everything that is impossible to explain.

The other paintings represent oracles.

And finally, the other paintings do more than just represent, they announce an ending, perhaps of the one of identity, to open up to other urban possibilities, while celebrating them. 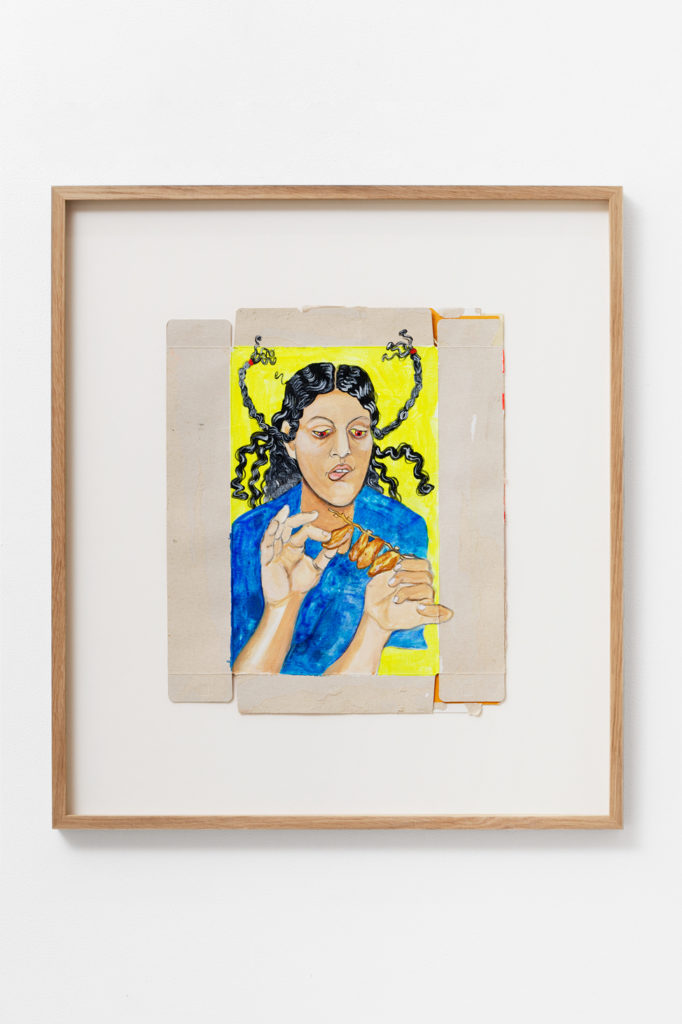 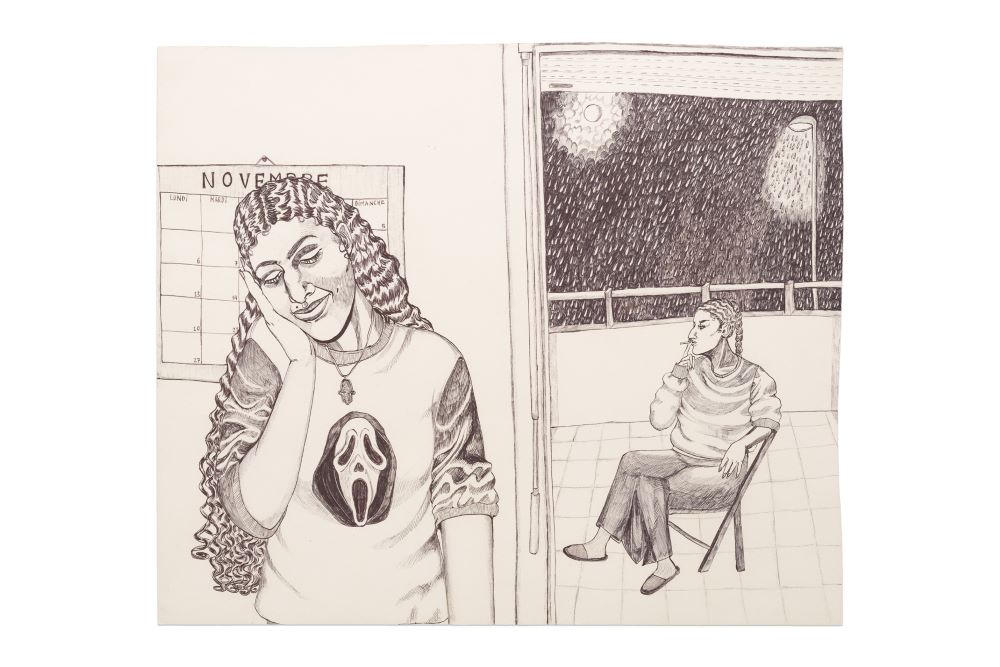 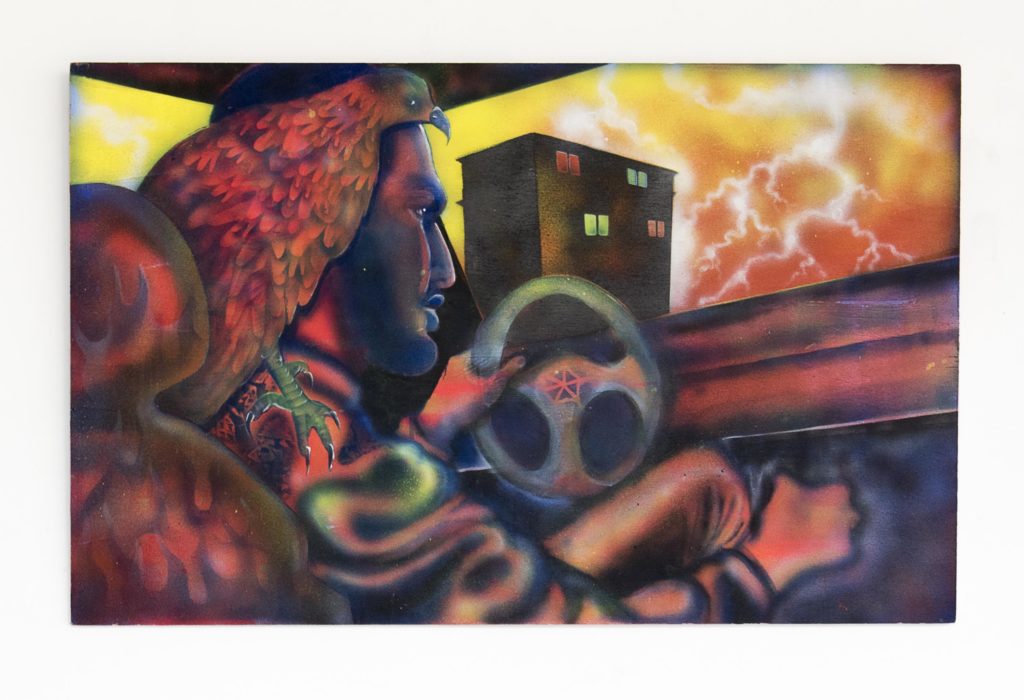 Neïla Czermak Ichti
Firas, 2020
airbrush acrylic on wood
50 x 70 cm
On this occasion, we are delighted to present to you the first publication dedicated to the artist which will be published by Éditions P. 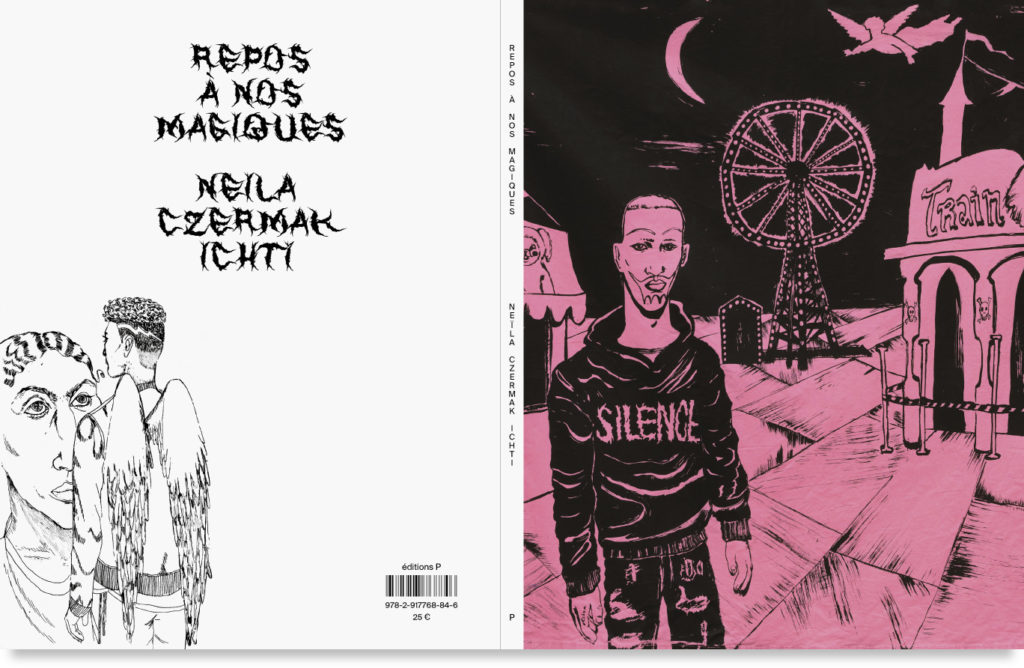 Neïla Czermak Ichti
Repos à nos magiques, 2021
23 x 30 cm (hardcover)
80 pages (53 illustrations )
text by Neïla Czermak Ichti (fr/en)
Éditions P.
25 €
Around two years ago, a friend asked me what my favorite horror movie monster was. I answered right away, “The monster in Alien, it’s the most beautiful and incredible monster I’ve ever seen, it gives me chills.”
Soon after, I decided to watch the movie again. I was just as shaken by the Alien as previous times. At the end of the movie, I waited impatiently through the credits, searching for his name; it was time I learnt who played one of my favorite characters. My excitement plummeted and I felt a sharp twinge, as I realized he hadn’t been credited with the other actors but along with the stunt team, the voice of the computer, and the cat and its training team.
[…]
When I was a kid and saw Alien, I didn’t follow the names of the actors, I only considered the stories and characters. When I saw the alien Xenomorph, I understood that that these were not special effects, but that it was an actual person. He looked so real, he really existed. Because of his unique role, and way before I knew who he was, Bolaji Badejo really affected me as a child as I loved to remind everyone, “My name spelled backwards is Alien.” Much later, as a young adult, I discovered he was an art student like myself, and not much older than me.
Neïla Czermak Ichti, 2021
(from the text Homage and peace to Bolaji Badejo)