The book “Un monsieur tout esquinté” (a badly beaten up gentleman), published in 1972 gave the idea of this exhibition. It is composed of a hundred or so drawings by Roland Topor and his son Nicolas, then 5 years old.
“Nicolas, you are a 5 and a half years old little boy, you make fantastic drawings and you tell wonderful stories, however no one seems to be surprised.
No one comes and interviews you to know what you think of a lot of things, such as Art, your work, or the various problems of the time. This indifference is surprising in this day and age when people are particularly fond of opinions. Therefore I am happy to remedy the matter thanks to a number of interviews you agreed to give me… “
In this talk, Nicolas Topor speaks of a Chinese man, of horses and Indians. Besides he declares he speaks Indian fluently.

Many artists have said about children’s drawings that they are like primitive drawings, with no artifacts, far from socialization, a pure, not yet conditioned gesture.
Céline Delavaux, in an article in Hors-Champs magazine, explains, “In the twenties, Paul Klee grants a decisive role to children’s works he gives as examples to his Bauhaus students. He puts his own childhood drawings in the catalog of his works: “ I want to be a new-born child, knowing nothing about Europe, poets and fashions, nearly a primitive man.”

In 1863, in “The painter of modern life”, Baudelaire wrote: “genius is but rediscovered childhood at will (…) “ or “nothing looks more like inspiration than the joy of the child drawing and painting.”

As for Ramuntcho Matta, he would draw in the studio of Roberto, his father. The two of them would paint and draw together. The father was very interested in his son’s drawings. For Ramuntcho Mattta, besides the pleasure of painting, this was the means of communicating with his own father, a silent dialog, a dialog through shapes.

When Ramuntcho Matta became a father, he let his children work on their own, careful not to interfere, not wishing to impose. Drawing stories for them was his way of talking with them.

A few years ago, Jochen Gerner had drawn pictures with his sons Pavel and Caspar. Today, he draws with his daughter Marta, who is 6 years old. Every day, she draws more than ten pictures, at school, in her bedroom, in her father’s studio. Jochen Gerner has got into the habit of keeping the drawings of his three children with great care. He has never wanted to teach them how to draw, certainly not! Today, he presents a set of pictures four-handed drawn with Marta, Caspar and Pavel.

In 2010, Guillaume Pinard made a book with his daughter Sasha. Each of them had drawn the pictures on their side, and had selected them afterwards, so that they matched.
After this experience, Guillaume offered to make an animated film with her. Sasha invented the story, and Guillaume made the cartoon with his daughter’s drawings. At that time, Sasha who was 5 had not liked it. Since then, 7 years have passed, and she has learned to appreciate it, and has agreed to show it today. 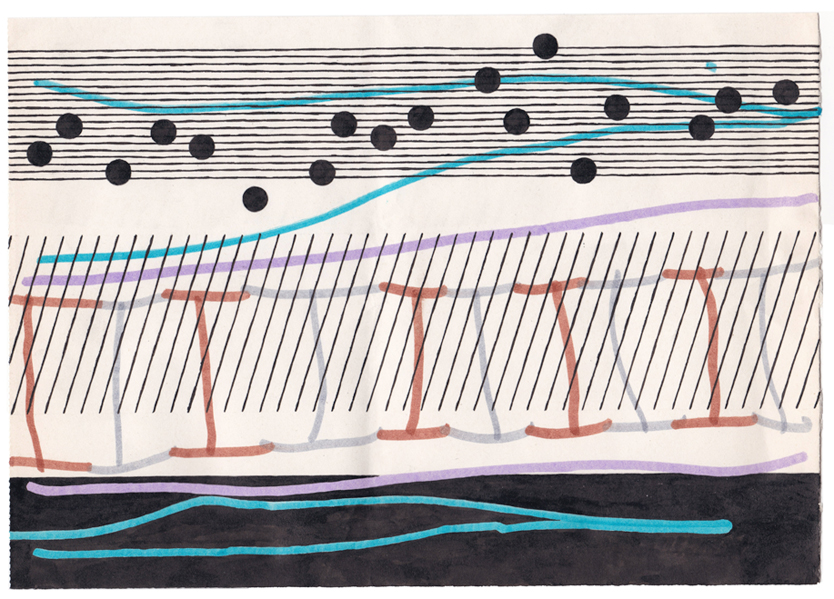 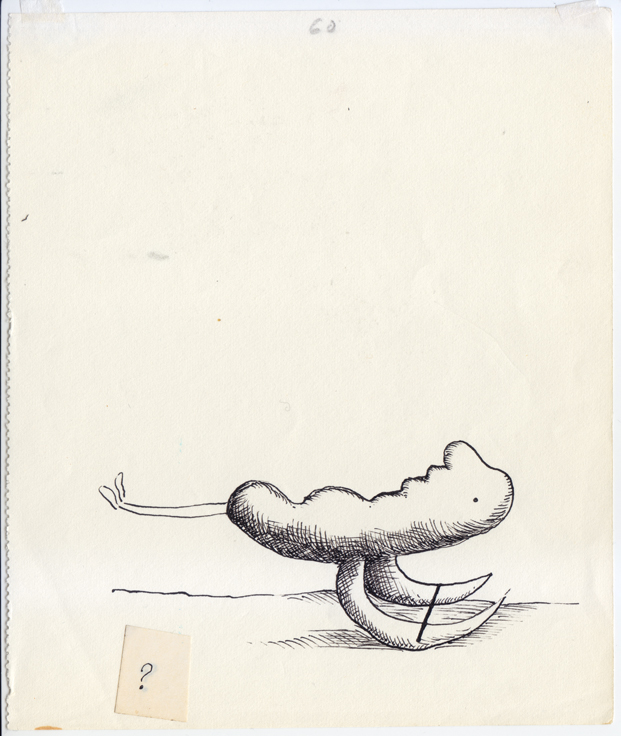 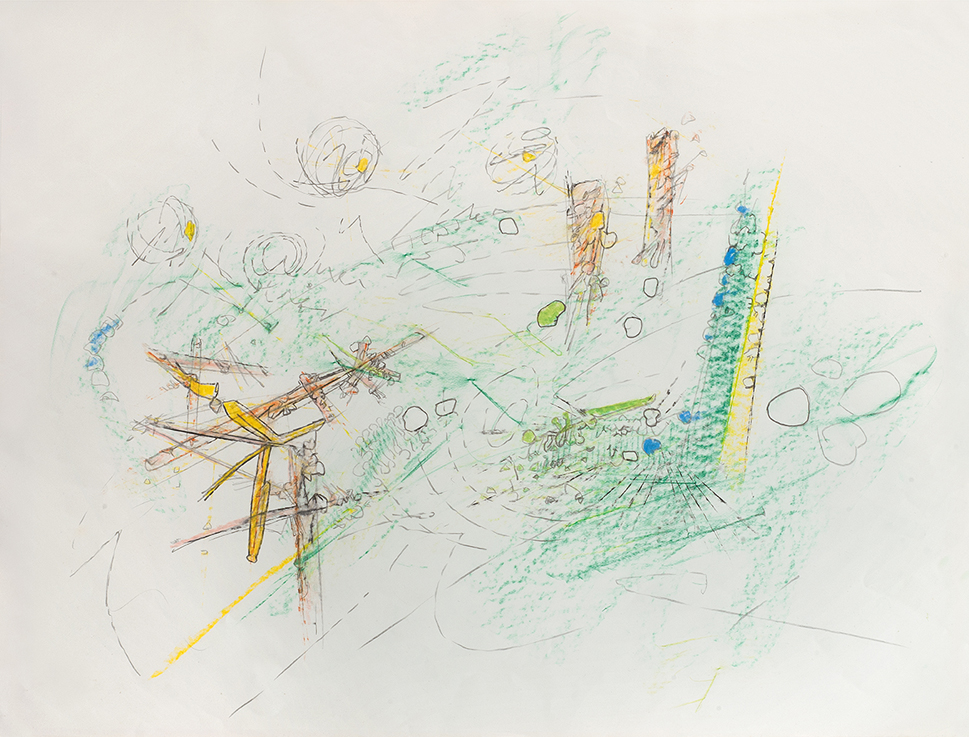